How the Legacy Lives

Home articles How the Legacy Lives
Nisar A. Memon / articles /

Pakistan is no exception where government leadership is out to justify their policies, programs and personal conduct, while opposition pointing out the weaknesses and flawed policies of government. The phenomenon is same in all Continents but with varying degrees and in different forms. Covid-19 is telling it all in different ways.

At the core of this are not the citizens, who sent them to manage country, but the power which all governments want to retain and opposition eyeing to replace them to gain the power. Other than that, most of the leadership has no motivation to leave behind the legacy that lives on. Therefore the elements for legacy to live on are missing.

Let’s step back in time and recall what lives on. What lives on are outstanding achievements like: creation of countries such as Pakistan, feat of art like Picasso, architecture like Pyramids, cities like Moen Jo Daro, security wall like Great Wall of China, scientific discoveries such as Newton’s law of gravity, and the great Islamic civilization. These not only remind us of grandeur and scientific development but of natural disasters which buried them to be excavated later for us to see the history.

Behind each of these achievements was the leadership which by sheer dint of their characters achieved them. Leadership with strong moral character, knowledge, power over people by force or strength of honesty, sincerity, genuinely humble,truthful, open and transparent personal life, ability to command respect and trust for people to obey,good heart with no ego and arrogance. Humility is visible in walk and the talk of the leadership.
Leader must be consistent in his life. We do not have to cross borders but to see the life of our Quaid-i-Azam Jinnah who was an embodiment of strength of character with patience and perseverance in his cause to achieve a nation for Muslims after a political struggle of about half a century. Nelson Mandela is unparalleled not only in his perseverance by living in small prison room in Robin Island for quarter century and after release did not talk of revenge but built a nation of oppressed and oppressors free from Apartheid.

History tells us that when the leadership get the divine guidance with Quran – a complete code of living and ethics, like that of Prophet Muhammad (peace be upon him) it brings the civilization that lives on eternally. People, specially Muslim leadership, should be very careful in taking the name of such a leader and not only know what he said and where he said but be able to practice before qualifying to give sermons on Islam and Islamic teaching. Turkish and Iranian Presidents are good contemporary examples of the Muslim world to follow.

A lesson for any leadership wishing to succeed is to possess a character with no contradictions, conduct of practicing truth which is visible and does not need to be justified, earn admiration of citizens and not of hypocrites, be grateful to Almighty for the chance He gave to serve and not to those who used their power and money to put one in position of responsibility, select a team and support them to swim together, promote ideas, build positively on ones merit of character and not on weakness’s of others.

How can the legacy of Pakistan leadership live on? Even if getting to power some principles are compromised, but once in power focus on delivering what was promised to electorate. Espouse sovereignty principles by self reliance rather than foreignaid and loans, remember nothing is free and has to be returned by the coming generation. It is a daldalto be avoided. Be careful in making statements of support to extremist government of Hindutva and adhere to non interference in other countries except when requested, under UN arrangement.

Internally, strengthen state institutions and not the party or leadership personality. Country needs genuine democracy and dialogue and no monologue. Media freedom is a must in democratic dispensation therefore decontrol it and let it give space to all. Hounding opponents with state institutions has never helped. The way forward is to have private think tanks researching on sovereignty subjects to guide and unite nation for its security. Will leadership shun power politics and rise to leave a legacy in the annals of history?

The writer is former, federal minister and senator 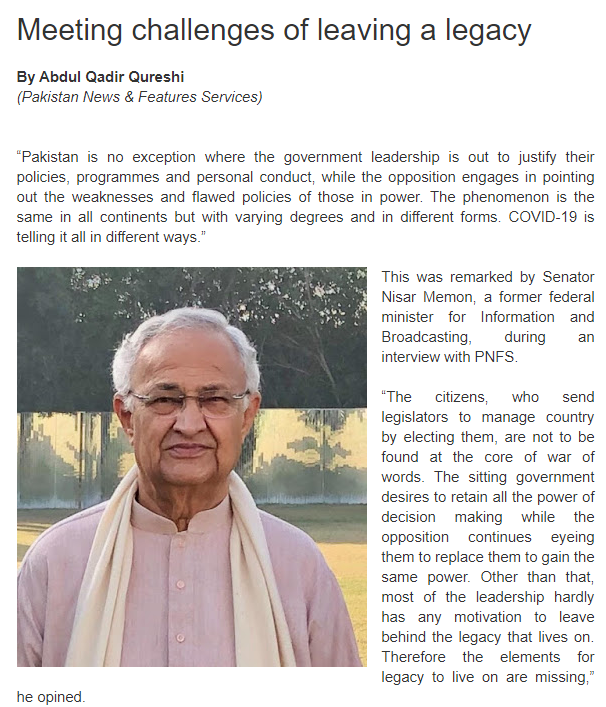 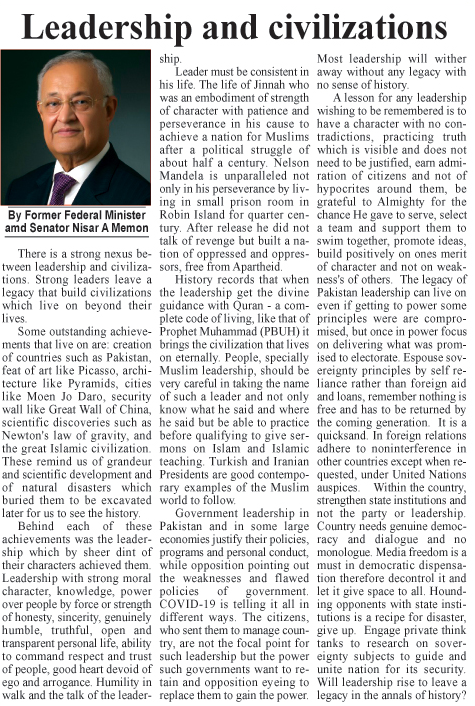