Punjab government is reportedly allowed opening of the restaurants. Notwithstanding its impact on current Covid19 spread, the small restaurant owners are suffering two fold: one the loss of revenue the other burden of paying their staff for all these three months. In view of this, it is just to allow opening of restaurants with some SOPs particularly in small towns like Gharo on N5 in Thatta and all the way upto Kashmore. The Sindh government will earn the goodwill of its people suffering from this  comparative disadvantage.

Civil services, including the police, should mitigate and not enhance the sufferings due to current economic situation. Let the elected representatives standup and give their view to sindh government which has done a great job despite manmade difficulties coupled with natural calamity since the beginning of this year. This is also time for federal government to help the way they helped daily wages workers. 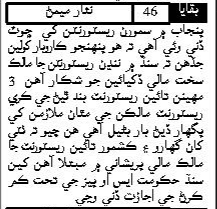 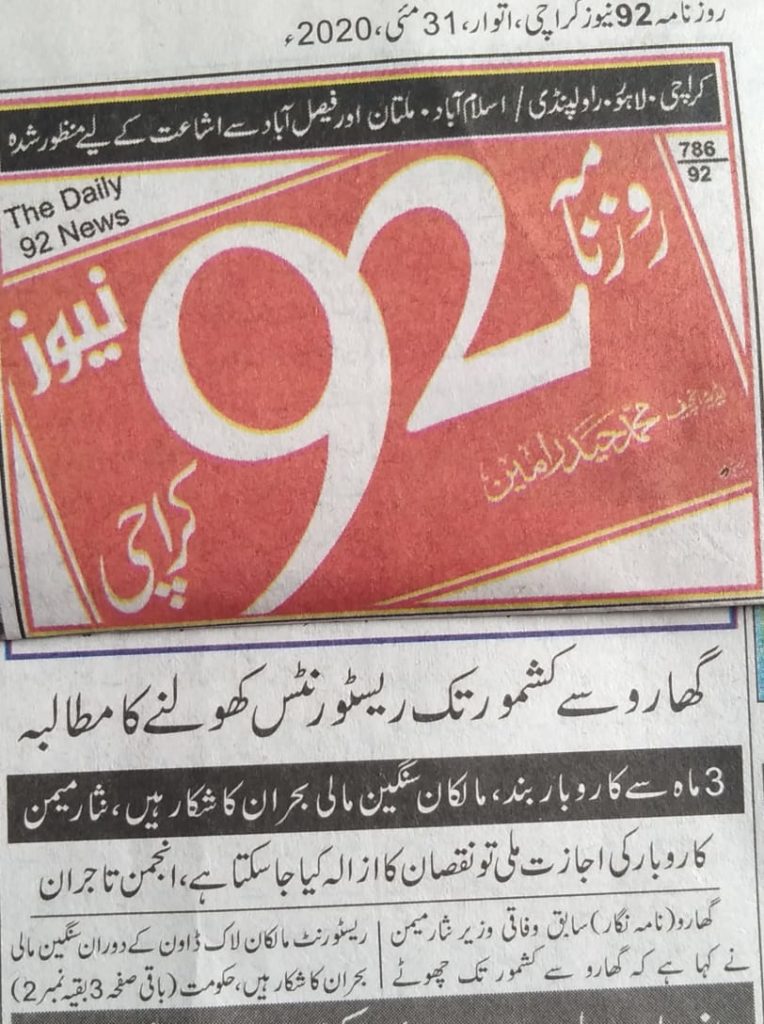